Frank Levi, the Wizzard of Amps, speaks out...

Frank Levi is probably one of the most interesting guys in the history of guitar playing,  especially when it comes to modding amplifiers and guiding guitarists to refine their guitar tones. His most famous "artwork" in amp modifications have become edged with mystery and secrecy. His awesome work is without doubt one of the best in history. 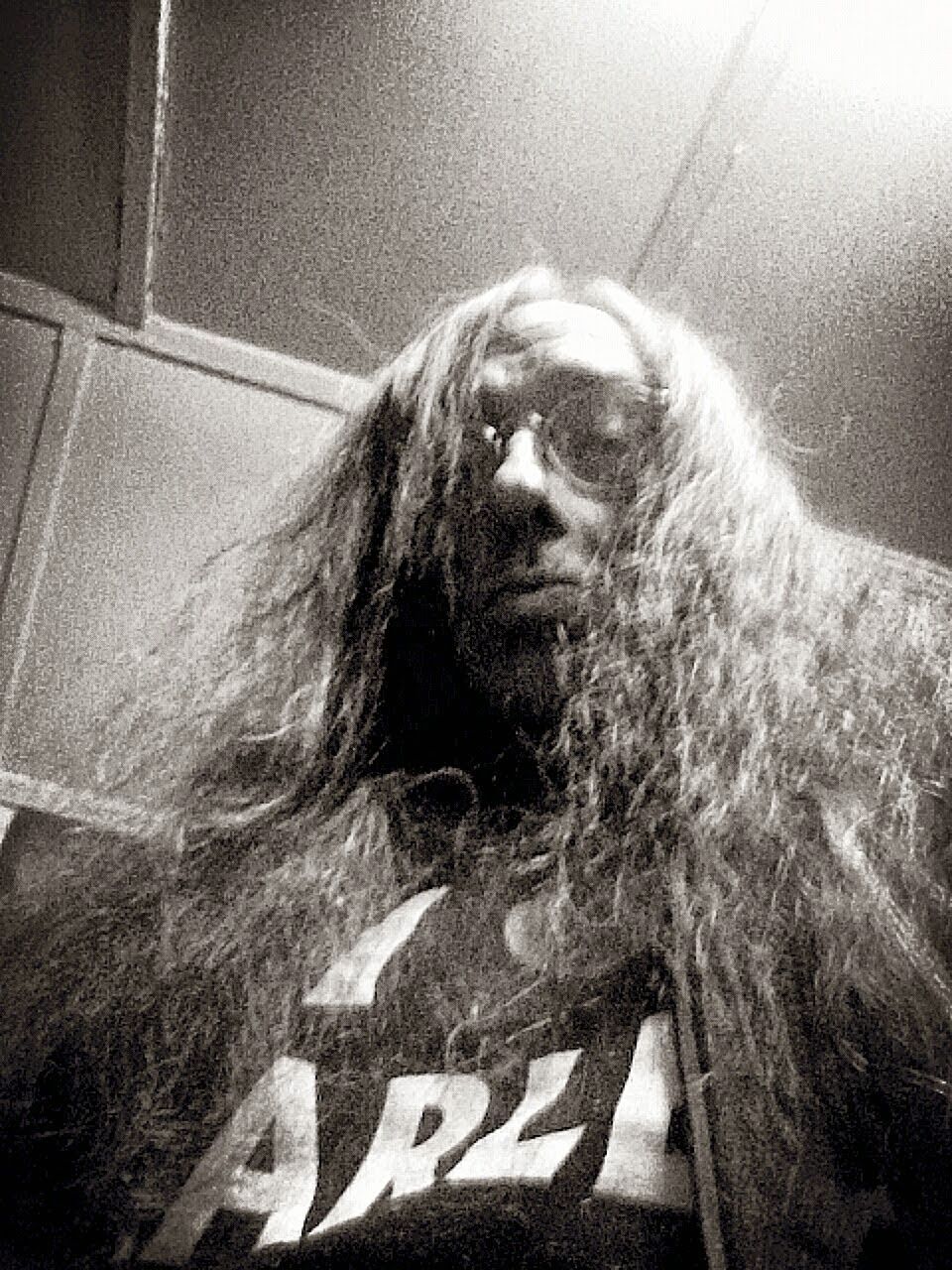 His name pops up in several forums on internet when it comes to tweaking guitar amplifiers. But there is not that much information out there about the man himself and what he actually has accomplished, which made me very curious. After some basic research it´s obvious to me that he has contributed to some really big and important guitarists 'tones' through the years. Warren DeMartini (RATT), Doug Aldrich (Bad Moon Rising and later Dio and Whitesnake), George Lynch (Dokken), Billy Squier and not least Slash in conjunction with Guns n 'Roses debut album Appetite For Destruction and Use Your Illusion I & II, to name few.

I contacted him to find out about how it all started and especially his work with "modding" amps.  I realized that he probably is a very busy man and I had actually no expectations to get any respons at all. But I thought "what the heck".

After a couple of hours I got the answer that he was more than eager to help me out with my questions.

The interview have been carried out over Facebook and through email contact. The work has, for various reasons, taken several months, but now it's finally done. I have made ​​my own comments in the text where needed, dressed i italic. I can proudly present to you one of the world's most legendary and influential nodders of all time, Mr. Frank Levi.

You have your seat in New York nowadays?
Yes, I am actually born in New York and lives in the State of Island. My shop is located in Long Island City, Queens Rocket.

You are one of a few really "big names" when it comes to amp modding, how did it all start?
I actually got my start in New York. In 1969 I repaired my first Marshall and in 1970 I started experimenting with some modification ideas as well as repairing HIWATT amps.

What was your first amp that modded?
I think the first mod that I did was in the mid-60s on a Fender Bassman 4x10.

But it was in the 70s, it really took off?
Yes it was. By 1972 I was servicing and modifying both Marshalls and HIWATTs. I was heavily into my HIWATT mod, Marshall mods were more of a hobby. I didn’t get serious about modding Marshalls until I hooked up with Billy Squier and his band “Piper”. “Piper” had 3 guitarists, all with 100 watt Marshalls and Billy wanted each one to sound different. This made me get very serious about modifying Marshall amps. Servicing and modifying English amplifiers quickly became my forte. 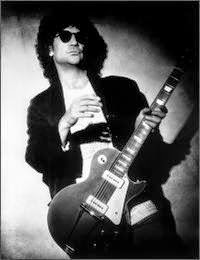 You had a pretty long collaboration with Billy Squier...
Well, after Billy Squier Band was formed, I continued to modify his Marshall amps. It was a new challenge this time, he had 2 main heads that sounded a bit different than each other and Billy had me modify his 2 spare heads to sound exactly the same as his main ones. I not only succeeded in doing this but, I also designed and built a switching system to switch between each main amp and its spare without missing a note.

So he let you continue to work on his Marshalls?

Yes he did. When Billy was in the studio recording the “Signs of Life” album, I was busy creating the “Squierfire”. It was a 100 watt plexi tremolo head that I heavily modified…it took me the better part of a year to do the mod and get all of the bugs out.

What was his reaction?
I will never forget Billy’s face when I brought it to the recording studio and he plugged in! He was thrilled to say the least and he used the “Squierfire” on his guitar track for the album. I, too, was thrilled with the amp and his reaction.

Billy Squier himself has said in an interview in Premiere Guitars 2009:
"I've got 10 or 12 Of These heads That I've had since the early 70s. I have a few That are a bit later, but the ones I use are the old Super Lead 100's. Frank Levi These reworked for me over the course of many nights of creative abuse. He'd start out with an idea and I'd try it, and then we'd just keep going Until We got what we wanted. I love the way These sound Because They don 't compress. They have the classic Marshall tone, but do not compress into That midrange 'box.' in set the volume around 2, but They sound like they're on 12-they're incredibly powerful. "

When you modd an amplifier for a client, what goals do you set up?
My aim in modifying amps is to give the client what he wants and make the amp as flexible as possible sound wise. My favourite mod gives out anything from Joan Baez to Slayer with no channel switching, just the guitar volume or a volume pedal…this take a lot of practice on the part of the guitarist. 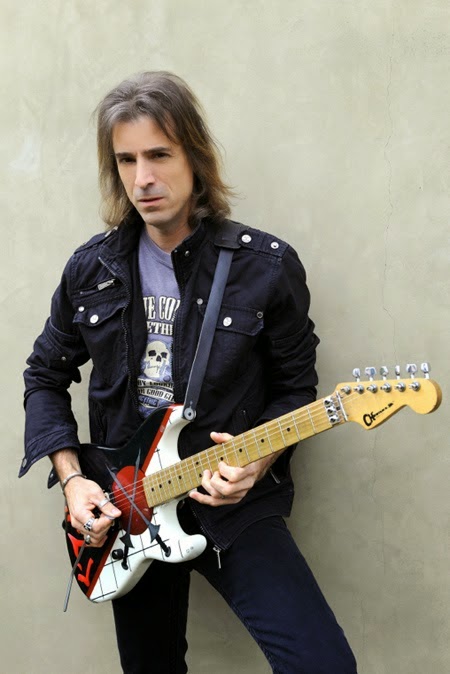 Who else have you worked with?
My next heavy influence was Warren DiMartini (RATT). When I first went on the road, they had eight 100-watt full stacks. When I finished, Warren was using two 100-watt heads; one was just for his solos. Warren had close to 20 heads and I worked on almost all of them with him as my “test pilot”. He was great to work with. I also went out with Def Leppard on their “Pyromania” tour and modded their Marshalls.

You suddenly left touring as amp tech, why?
I got tired of lying on the road and began making repairs to the SIR LA instead. I had previously worked for SIR-NY when I was not on tour.

And then you got involved in some classic mods?
Yes. One day I asked my boss to let me hear #39, that Caswell had modded…the amp was not getting rented and I asked him to let me take the Caswell mod out and put my own mod in…I got the OK and shortly the legendary #39 was born. It became so popular that I had to modify another amp and, thus, the legendary #36 was born. Both amps were never on the shelf for more than a day. With both #39 and #36 out, I had to come up with a mod for a 2203 that would be similar to #39 and #36 and, thus, the legendary #34 was born. 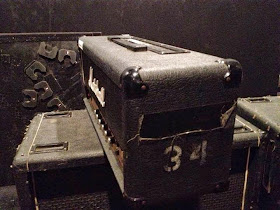 Did you do anything with the power supply?
I did not make any real changes to the power supply in #39 and #36 except adding an additional filter cap for the extra tube. #34s power supply is stock. I do not like using a Variac on amps unless they have an independent filament transformer.

# 36 was used on the Guns n 'Roses debut album "Apetite for Destruction" and # 34 was the one on the "Use Your Illusion", did you do anything else with Slash after that?
I met Slash before GNR became famous…he used to bring me his amps (Marshalls & Boogies) after his gigs. Unfortunately, we lost touch around the time I was leaving SIR. I was kind of disappointed that I didn’t hear from him or Marshall during the development of the AFD100. To date I have not been inside an AFD100 to see exactly how it is put together. BTW I remember that Slash used pedals on his recordings, but I don't recall what pedals.

The rumor says that George Lynch rented #39 around 1986 for touring?
I if I remember correctly, he used #39 on tour yes. I also did about 5 of his amps between 1987-1988. A Super Bass -79, three Super Leads, and a JCM800 S/2203
I plugged including the Lee Jackson Metaltronix mods, sitting in some of them, and made ​​their own fully customized to George Lynch himself.

There´s a great chance that you can hear some of these amps from the live recording "Beast from the East" with Dokken which was released in 1988 and the studio album" Back for the Attack " from 1987. Here is a clip from "Back for the Attack", "Mr. Scary", with isolated guitar track. I'm not entirely sure if this actually is one of Levis's mod (but most likely ), but you can still get a picture of the Lynch guitar sound at the time. It starts 8 seconds into the clip.


If we return to the SIR mods. How did it feel to be excluded when they developed the Marshall AFD100, actually based on your mods?
I was of course a bit disappointed. As far as them not contacting me, i wasn't surprised, the only time Jim Marshall really wanted to sit down with me was after he heard my HIWATT creations (PRE-1, PW50 and PW100).

Why don't  AFD100 nail the exact sound on Appetite For Destruction?
The main problems with the AFD100 is they are built like a computer...computer generated boards....computer style wiring with all of their jumper cables (like the TSLs) PLUS all of the solid-state crap in the amp. Excessive lead lengths & circuit board traces create their own capacitance which, in turn change the sound of the amp. 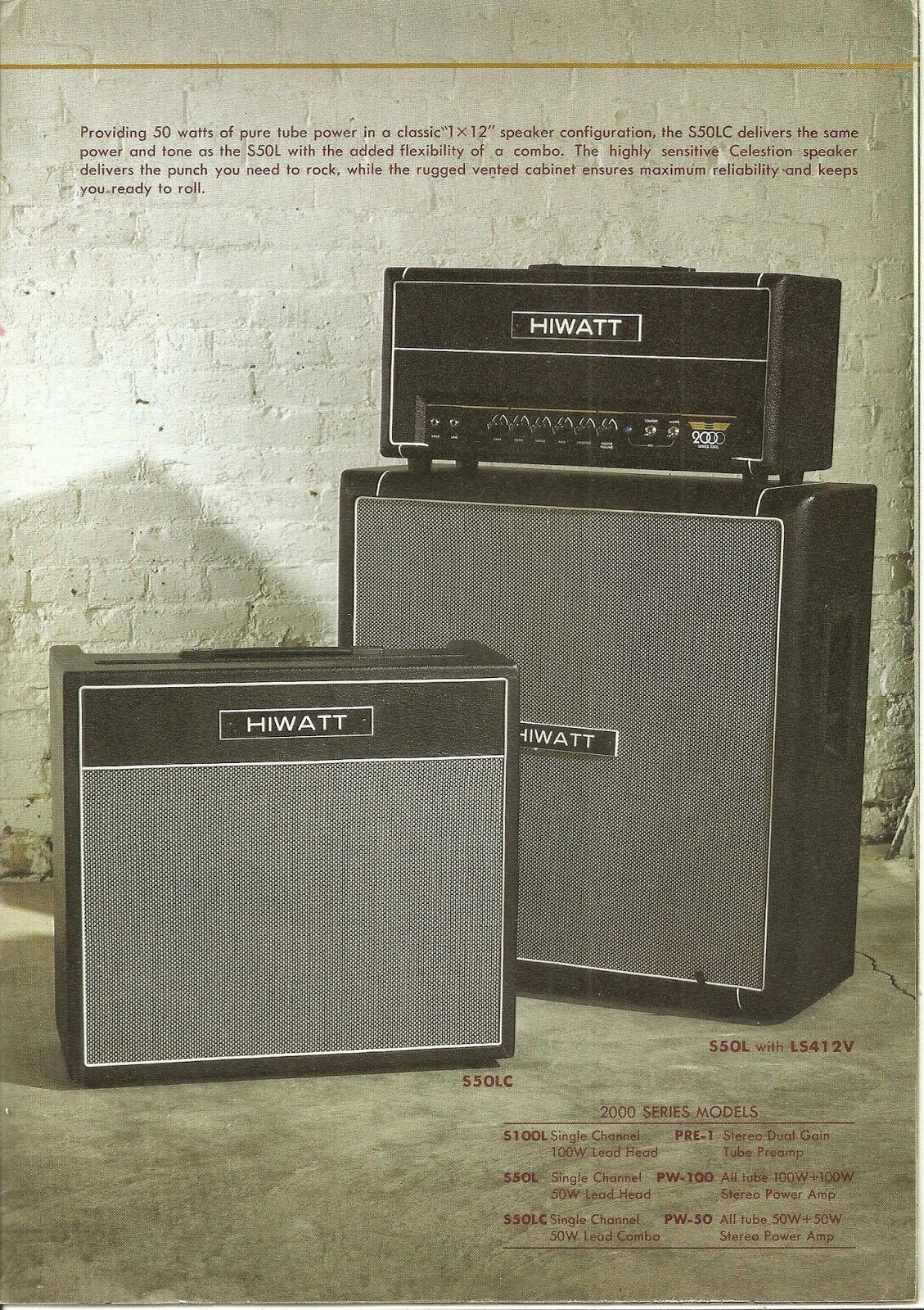 You have also designed your own amplifiers at HIWATT?
In late 1988, I left SIR-LA to design a line of amplifiers for Four Life, the holders of the HIWATT trademark at that time. I designed the entire HIWATT 2000 Series over the next few months. Four Life was actually part of Fernandes. My time with HIWATT ended in late 1993 and in 1994, after the Northridge earthquake, I returned to NYC.

Who used your HIWATTs?
One that I worked with was Dough Aldrich, who among other things played my Hiwatts during his time in the band Bad Moon Rising. We cooperated throughout the development period when I was on Hiwatt, and he also played the first Power Amp, PW-50 in the 2000 series, but also a lot of other prototypes 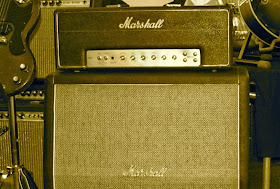 Which Marshall do you think is best, from a modding perspective?
I prefer a well built tube amp that is not full of solid-state circuits. Marshall 2203s and 2204s are my favourite Marshalls to work on. I try not to deface any amplifier with a bunch of holes for new controls, etc. because it tends to make the amp harder to maintain its value.

Discussion on what is most important for the "tone", playing style and technique or the amplifier's sound?
A guitarists playing style definitely influences the sound, although not as much as most mods.

Thanks for letting me do this interview...
Thanks, it was fun.
Fredrik Svensson at 12:01 PM
Share