The PRS flagship Custom 24 dressed up to meet heavy metal players, is that even possible?  Yes it is possible, if you are open minded and focusing on tone. Why haven't PRS had a metal guitar in their prior history? Well they did have an early model that was launched with the name "Metal" and it was produced from 1985. It was a heavy metal version of the PRS Custom, but with 25.5 "scale length and loaded with PRS Standard Bass pickups in the neck and Treble in the stable. It was in fact among the 20 guitars launched at NAMM 1985.

The big question is whether PRS is a brand for metal today? The answer depends largely on what it is that you mean by metall? If you mean hard rock and classic heavy metal I should definitely say so. If you mean "down tuned Black Metal", yes it could be a guitar for those players as well. For 95 percent it´s all about tone...

In Sweden, however, PRS has not managed to recruit that many known players. Fredrik Åkesson and Mikael Åkerfeldt of Opeth are very found of PRS though, and they use them all the time. Both their own signature models and various custom models. Fredrik and Mikael are also amazingly proficient at their instruments. 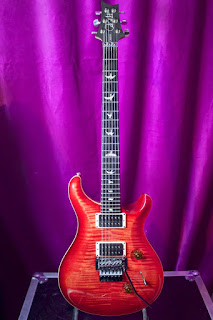 PRS Custom 24 "Floyd" Buy here
While strolling around down town a few months ago I discovered an interesting PRS guitar at Deluxe Music, a local guitar shop in Stockholm. A boutique with great knowledge of ​​PRS guitars. I saw this odd bird Custom 24 "Floyd" hanging on the wall with its profound seductive looks. I couldn't  resist picking it up and I almost immediately decided to buy the piece.

It had a couple of pickups installed called  \m/ , or "Metal" and I thought it was outrageously humorous and clever of PRS stealing that symbol. I played the guitar and could quite quickly conclude that those who claim that the PRS isn't  "hard rock" should reconstruct their opinion, especially when it comes to this model. This one screams heavy sounds, and the Floyd Rose is extra ordinary in quality. 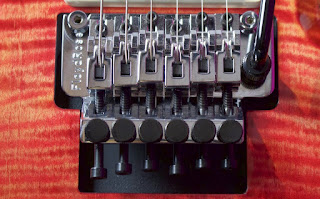 The guitar is close to what one might call the ultimate modern PRS. A Floyd Rose on a Custom PRS is as unthinkable in the community as putting it on an Acoustic Martin guitar. It´s a really bold decision as their own tremolo systems are brilliant. When I interviewed the guitarist Mark Tremonti a month ago he said: "Oh, I didn't see that comming."

When I played the guitar the Floyd felt like the most natural thing in the world and the system is perfectly adjusted and i seamlessly melts into the guitar. It is a Floyd Rose Original manufactured i Germany. On the SE model, the Korean version of the Custom 24 "Floyd", there is a similar Floyd Rose but it´s manufactured in Korea.

Custom 24 Floyd is basically a plain PRS Custom 24, besides the Floyd Rose, but the neck is maple and the fretboard is made out of ebony. I think that these differences compared to a regular Custom 24 could appeal to both "shredders" and "heavy rockers" quiet well.

This is actually not the first time PRS putting a Floyd Rose i their instruments. In 2010 they launched an SE model called Torero, also loaded with EMG 81/85. The SE Torero is still in production. 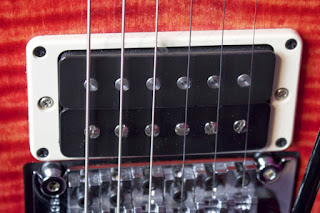 I think it's a bit unfortunate that the pickups carry the name "metal", because it make us think they can't be used in other musical genres than heavy metal. The truth is that they are very allround, a bit like the PRS pickups in general but with an "added value" of extra high output.

In the bridge we find the  \m/ Treble (model number ACC 3408). It responds incredibly well in "high gain" and the string separation is very clear. It´s based on a Ceramic Alnico magnet with an impressing output of 15,7k.

In the neck position we find  \m/ Bass (model number ACC 3409) with an output of 8,5k.  It provides significantly more bass in the character, which always fits the neck position. It´s excellent  in combination with \m/ Treble and you get just what you need for playing in tougher contexts. 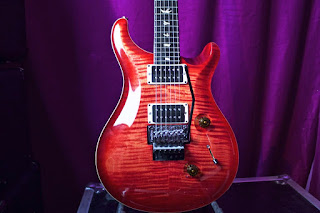 The body is a little thinner than a regular Custom 24 and it´s made of mahogany with a maple top. The finish is Blood Orange, and it´s insanely beautiful.

Normally I don't like colors at all and when people ask me why I always wear black clothes I answer "until there is something darker to wear". 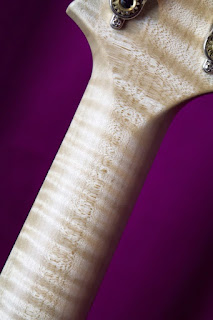 The neck is maple, they call it the "Rock Maple" and it is pretty much the same as "Curly Maple," an unusually fine grained maple. It gives the guitar a special appearance and plays beautifully.

The fingerboard is also a bit unusual for the PRS Custom 24, they normally comes with Rosewood, but here they have chosen Ebony, which is a harder and feels a bit more while playing.
Ebony is also a bit more resonant, great for "taping" and the tone gets a little more distinctive.

Tuning Machines are Phase III with the beautiful "open back" and they work flawless, even if you don't lock the nut.

Final judgment on PRS Custom 24 "Floyd"
This guitar is one of the more modern PRS guitars you can find on the market and it´s absolutely perfect in all it´s details. Balanced, smooth and incredible easy to play, with a tone to kill for. It comes in a premium hard case with all the accessories you need. Price? A bit above 3400 dollars which may scare you off, but as a friend of mine told me some years ago: "Buy Quality, Cry Once". For players who really needs an extremely well sounding instrument to trust in a touring environment, this is well invested money.
Buy here

If you can't afford the US model, also called "Core", check out the SE version made in Korea. The SE model is also a killer guitar, in middle range price segment, and costs around 900 dollars.
Buy here 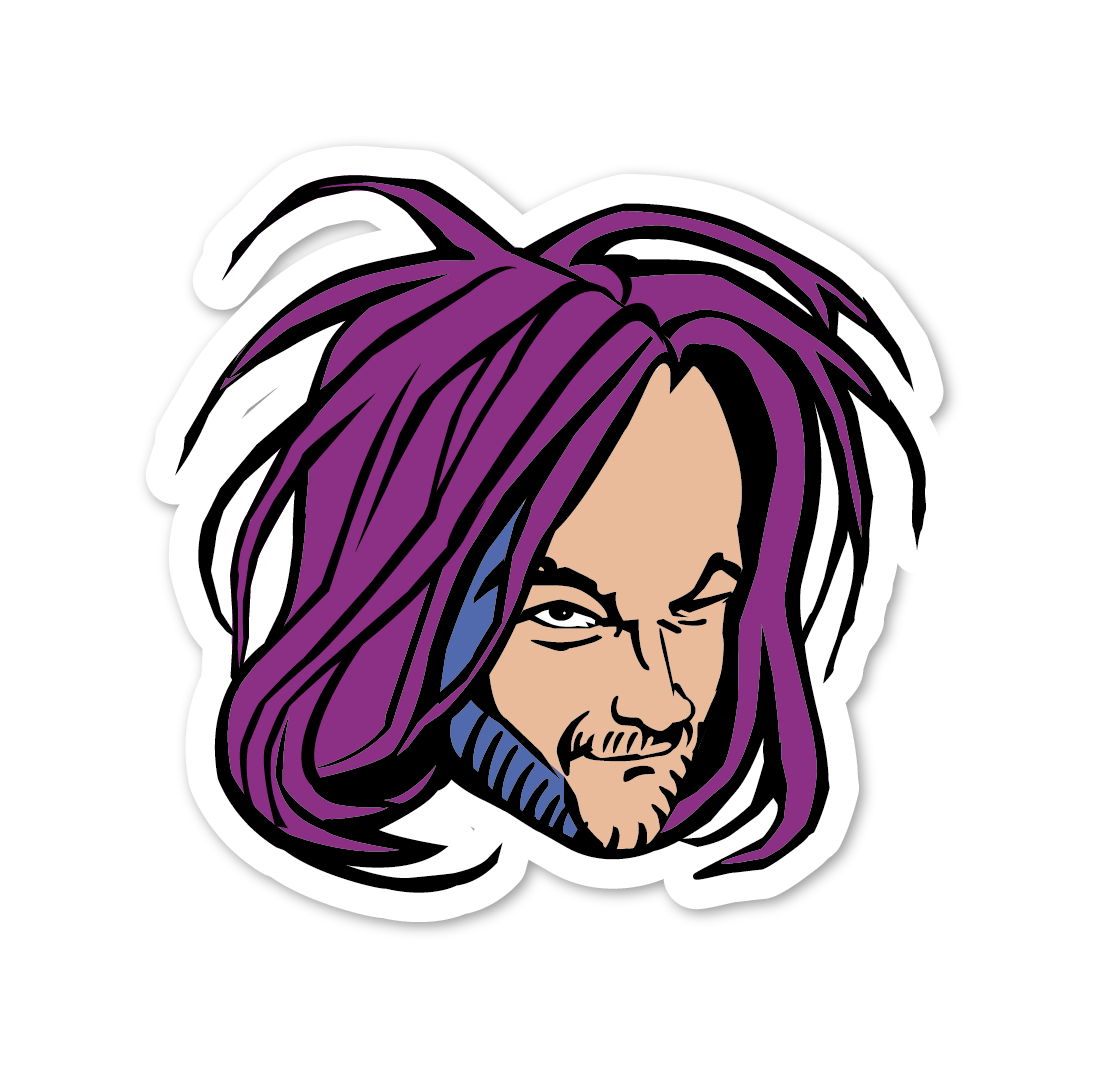